The German shepherd is one of the best known dog breeds in the world. They are also called German sheepdog and, as the name implies, it is a dog breed from Germany. Despite its popularity, this breed is relatively new, since its origin dates back to 1899 and they are dogs originally developed to gather and monitor sheep, so they are located within the group of grazing activities.

At the moment, the German shepherd is a race very dear and admired by many people, as its qualities have allowed him throughout history to develop as animals in the army, being a breed used during the Second World War by the German army and the police to Track bombs and enemies. Following these facts, this breed acquired great prestige and admiration worldwide.

From that moment, they made themselves known and other qualities such as their strength, intelligence, obedience and their training capacity quickly became evident, making them the favorite breed to carry out work such as guard dog, police dog, dog rescue, guide dog for blind people, etc. To this end, below are some facts about this dog breed:

With the beautiful body that the German Shepherd finds himself in, it is appropriate to help him keep it. And  in this challenge, the nutrition is fundamental: healthy, complete and balanced. The first few months, you can start with 3 meals a day, then you can step it down to two and never miss the bowl of water.

Before getting involved in the domestic preparation of his meals, its best to rely on the excellent brands that are on the market today. And to receive valid advice, you can contact your veterinarian who can tell you which ones are the most complete and free of preservatives and harmful additives. Knowing what natural foods for dogs are, then we must avoid adding extras, let alone offering scraps for humans that would only hurt them.

The German Shepherd dog training can be done without much hassles because of the dog’s high intelligence level. On the other hand, if the dog is not properly socialized and trained, he may develop aggressive behavior or take his role as a watchdog too seriously.

Because the German Shepherd is a massive and sturdy dog, and his watchdog instinct is highly developed, it is imperative to do business with reputable German shepherd breeders. Dogs from poor crossbreeding are more likely to be nervous.

To prevent the German Shepherd from taking his watchdog role too seriously or developing aggressive behavior, proper socialization and obedience training are required. He must live with the family and also be in frequent contact with people and pets in the neighborhood, these contacts being under surveillance; the German Shepherd should not be confined to a paddock or yard, either alone or with other dogs.

The tenderness of this shepherd is matched only by his beauty, he is very attached to his masters and will prove to them his great loyalty with courage and affection. He particularly likes children and will be able to show a great softness towards them.

This dog is particularly playful and happy, he enjoys spending time with young and old to let off steam and also learn while having fun.

The game sessions must however be initiated by the master and controlled not to excite excessively this great player.

Naturally balanced, the German Shepherd Dog knows how to be discreet and quiet at home, but only if its needs of expenditure have been previously filled.

This sheepdog excels in many areas: service dog, watchdog, protection, first aid, research or herd. This reflects his remarkable abilities of adaptation and therefore of intelligence.

His speed of understanding and analyzing the various situations available to him is also a sign of his great abilities.

This dog can have an important predatory and hunting instinct, especially if it is reinforced through launch  games  for example.

Sometimes  fearful or aggressive toward strangers, this dog will analyze the dangerousness or not of a situation. Once the first contact is made in a coherent and intelligent way, the dog will consider the stranger as a member of his group.

Very attached to his social group, this “wolf dog” did not inherit the independence of his ancestors. He prefers the presence of his masters to their absence and his daily goal is to make them happy.

A good habituation to loneliness will allow the German Shepherd dog to tolerate the absence of its masters, but in no case should you leave him alone, locked up for days.

With remarkable intelligence and unparalleled attention, the education of the German shepherd puppies will not be difficult, if the educational methods are respectful of the principles of positive education.

Patience, gentleness and firmness will also be the key words to obtain results when potty training German shepherd puppy.

Protector in the soul, the German shepherd can sometimes raise his voice to prevent the presence of a stranger. However, a good education and a relationship of trust between the master and his dog will manage to channel this aspect.

Like any good working dog, this doggie needs to be stimulated mentally and physically as regularly as possible. If this is not the case, it could be destructive to pass the time, externalize its excess energy and overcome boredom.

Excessively greedy, this dog will not sulk his pleasure in front of a small sweetness. His great appetite allows him to be particularly motivated by greedy rewards during education sessions.

The German Shepherd remains a great protector. His loyalty to his social group and his great bravery makes him an excellent watchdog.

Be careful though, if the masters do not show consistency and intelligence in the education and socialization of their dog, the latter may be aggressive.

The German Shepherd can stay outdoors in any season but he likes to live in the house because he needs human contact. Some accept apartment living but on the condition that they come out very often and bring them a human presence.

18. German Shepherd in an apartment

This sheepdog can thrive in rural areas with regular outdoor access. Indeed, he particularly enjoys moving as he wishes between the home and the garden.

However, his great adaptability allows him to live with a city life, in an apartment, if his needs are met.

Moreover, whether in a house with a garden or in an apartment, this athlete will have to be walked several times a day and activities must be offered regularly to stimulate him mentally, physically, and socially.

Of a hard-working nature, the German Shepherd will only be fulfilled if it is useful to his master. Thus, activities will have to be offered to him to fully meet his needs.

Agility, tracking, biting, obedience, obedience-rhythm, cani-courses, man trailing, as well as so many other activities that will stimulate him must be practiced.

It is not easy to take this big dog everywhere but note that some female German Shepherds are usually small and easily transportable.

If a cohabitation between a German shepherd and a cat must be done in a harmonious way, it should be started at a young age of both subjects. Indeed, if the dog and the cat grow together, the agreement will be much easier.

The German Shepherd puppy will mainly look to play with his feline roommate, while as an adult, he will be more ignorant.

22. Compatibility with other dogs

Early German shepherd puppy training will have to be put in place so that it has enough canine codes to communicate with his peers. Regular, positive and supervised meetings will also be essential, especially during the first months of the life of the baby German shepherd.

23. The German Shepherd and children

Very close to children but also particularly protective of them, the playful, friendly and joyful character of this dog corresponds perfectly to children.

For cohabitation to be healthy and secure, rules of life must be put in place and above all respected by all, for example:

Do not disturb the dog when he is in his basket

Do not consider it a teddy

Do not leave him alone unattended with children

24. The German Shepherd and the elderly

The power of this dog coupled with his great need for expenditure makes adoption by older people risky and irrational.

Many people think that this breed is more prone than others to hip dysplasia: in fact this genetic malformation can affect almost all medium and large dogs. The specialized Clubs in charge of the German Shepherd were the first to sound the alarm: this caused an unfortunate assimilation between this breed and the disease, but also made it possible to monitor this problem. Today, the best breeders use only non-dysplastic subjects for reproduction.

This dog is often considered sensitive but if it comes from a breeding that sets up good selections, it will be particularly strong and robust.

The heat does not scare this dog and does not prevent him from excelling in the different disciplines he likes.

Its double coat gives it a very good protection against bad weather. Thus, it is usually not afraid of cold or moisture.

The grooming and maintenance of the German Shepherd is not difficult but must nevertheless be regular, especially in long-haired subjects.

Weekly brushing should be provided to maintain the shine and protective quality of the coat.

The loss of hair is constant, especially for those who spend most of their time living inside the house. In spring and autumn, important molts require almost daily brushing to remove dead hair.

In conclusion, German shepherds are a very popular and striking breed for people who remain physically active or who need help with different types of physical jobs. Also, this breed has developed skills that benefit the human being, so if you have a German shepherd, it is a great decision as highlighted above.

On the other hand, the adoption of the German shepherd sometimes come with great responsibilities. As a result,, it is best that you seek the help of professionals who provide dog training materials online.

One of such excellent materials is the German Shepherd Owners Guide – From Pup To Pal; which stands as your insider’s guide to unlocking the REAL power inside of your German Shepherd using 100-year-old breed genetics.

Upon using this product, your German shepherd would surely remember all the necessary lessons and will behave well for life. 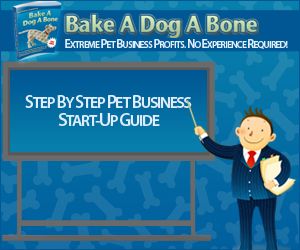 ABOUT US
Abet Aid is every pet lovers website. Because We provide you with the latest way to handle your pet properly and training your pet.
© 2019 | Abet Aid | All Rights Reserved
MORE STORIES

Can Dog Eat Fruits? Complete List of Fruits Dog Can &...